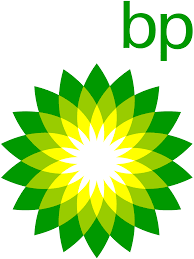 Lerwick Sheriff Court was told that on 13 December 2012, work was being carried out by BP Exploration Operating Company employees to drain a surge relief line connected to the Ninian pipeline system, within Sullom Voe Terminal Complex. During this procedure a hose was connected to a single valve on the pipe and put, unfixed, into a manhole.

After draining out the water, unstabilised crude oil at high pressure flowed through the hose, which came out of a man-hole resulting in a ‘loss of containment’. This was not noticed for about 30-40 minutes. During this time approximately 3.8 tonnes of extremely flammable, unstablised crude oil spilled on to the ground.

The investigation by the HSE found that between 12 November and 13 December 2012 BP Exploration Operating Company Limited had failed to take all measures necessary to prevent major accidents and to limit their consequences to persons and the environment. They failed to identify and assess the hazards and risks arising from the under-taking of a non-routine job, namely the task of draining water from a drain valve on a surge relief line.

BP Exploration Operating Company Limited, Chertsey Road, Sunbury on Thames, Middlesex pleaded guilty to breaching Regulation 4 of The Control of Major Accident Hazards Regulations 1999 and Section 33(1)(c) of the Health and Safety at Work Act etc 1974. The company was fined £400,000.

Speaking after the hearing HSE Principal Inspector Greg Haywood said: “This incident could so easily have been avoided by simply carrying out correct control measures and safe working practices.”