A car dealership has been fined after two apprentices suffered chemical burns.

Two apprentices were working at Mercedes-Benz of Northampton in Riverside Business Park, cleaning the vehicle ramps in the workshop using a chemical from an unlabelled barrel, Leicestershire Magistrates’ Court heard. The chemical caused burns to their hands and arms, which resulted in both of them being taken to hospital for treatment. The incident happened on 15 March 2018. 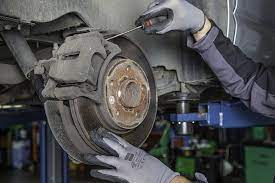 The HSE’s investigation found that the company failed to ensure that the exposure of this hazardous substance was either prevented or adequately controlled.

Cruickshank Motors Limited (trading as Mercedes-Benz of Northampton) of Penman Way, Grove Park, Leicester was found guilty of breaching Regulation 7(1) of the Control of Substances Hazardous to Health Regulations 2002.

Speaking after the hearing, HSE Inspector Aaron Butel said: “When working with hazardous substances, there is a legal requirement of every employer to ensure that exposure is either prevented, or where this is not reasonably practicable, adequately controlled.

“This incident could so easily have been avoided by simply implementing suitable control measures and safe working practices.