The director of a construction company has been sentenced after a sub-contractor suffered serious injuries when a stack of plasterboards fell on him at a construction site in Thames Ditton, Surrey.

On 12 April 2019, sub-contractors were moving sheets of plasterboard weighing 32kg each from the ground floor to the second floor of a house undergoing refurbishment. As there was no staircase in place, they were stacking the plasterboard against an unsecured ladder and sliding them up to the floor above. During the process the plasterboards fell on the worker, fracturing his pelvis. 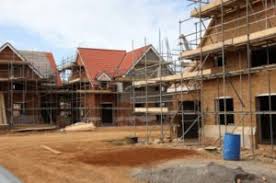 Siamak Samyani the Sole Director of SS Reforms Limited of Eastcote Avenue, West Molesey, Surrey pleaded guilty to breaching Section 37 of the Health and Safety at Work etc Act 1974. He was sentenced to 20 weeks in custody suspended for 12 months, fined £3,400 and ordered to pay costs of £600.

Speaking after the hearing, HSE Inspector Andrew Cousins said: “This was a wholly avoidable incident, caused by the failure of the director to devise and implement a suitable safe system of work.”