A Norwich-based contractor has been fined £90,000 for carrying out unlicensed asbestos cleaning work.

Norwich Magistrates’ Court was told how the company began a project to refurbish parts of Rose Lane Business Centre in Norwich, including a former kitchen and canteen. Works started in late April 2015 and various phases continued into late October, early November 2015. It was during t 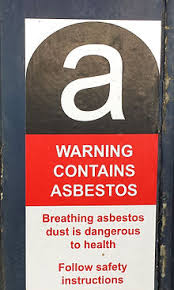 he later phase when significant exposure to asbestos occurred.

The HSE’s investigation found the labourers employed by the contractor to carry out demolition works were mostly vulnerable non-English speakers with limited understanding of English, little awareness of asbestos on site and no prior asbestos awareness training.

The investigation also found no demolition and refurbishment asbestos survey had been in place before the project started.

When one was carried out following HSE intervention, it discovered licensed asbestos debris on the ground level within the area the size of a football pitch.

Despite these findings and surveyor’s recommendations, the unlicensed contractor proceeded to clean the debris between 1 October and 6 October 2015, dry sweeping and vacuuming the area with a vacuum cleaner.

Y Construction Ltd of Rose Lane, Norwich was found guilty of breaching asbestos regulations and fined £90,000 with full costs of £7,184.04.

: “The dangers associated with asbestos, including licensed asbestos, are well-known and a wealth of advice and guidance is freely available from the HSE website.