A wood product manufacturer and a company director, have been fined after a worker was dragged into a rotating drive shaft at their site at Normans Road, Sutton, St Helens. 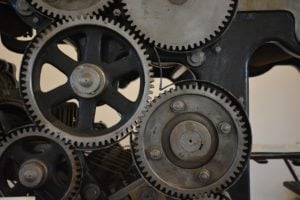 Liverpool Magistrates Court was told how, on 30 June 2016, an agency worker  had been working on a production line making parts for staircases when her hair caught on a rotating drive shaft, resulting in the loss of her full scalp, ears and one of her thumbs. She suffered severe physical and mental trauma and has undergone numerous reconstructive operations. She has been unable to return to work since the incident.

The HSE found the company had failed to adequately guard the production line, allowing access to dangerous parts of machinery, including conveyors and drive shafts, by employees and agency workers, during both operation and cleaning.

A return visit was made in April 2018 where it was discovered that the company had changed the layout of the production line, leaving accessible dangerous parts, including an identical shaft to the one which the victim was injured on. A Prohibition Notice and an Improvement Notice were served to address the risks.

The subsequent investigation showed that mill operatives were regularly accessing the strapping section while the machinery was still running, and the Production Director was aware of this.

Paul Carney of Springburn Gardens, Woolston, Warrington pleaded guilty to breaching Section 37 of the Health and Safety at Work etc Act 1974 and was fined £10,800, ordered to pay £43,241 in costs and £170 victim surcharge.

After the hearing HSE Principal Inspector Helen Jones said: “This incident, which was easily preventable, has had a devastating impact on the victim involved and those close to her. The company failed to prevent employees accessing dangerous moving parts of machinery. Had they ensured the machine was adequately guarded employees would not have been able to access moving parts and this tragic accident would have been avoided.”