A waste collection firm in Luton has been ordered to pay nearly £2 million in fines and costs after being found guilty of health and safety failings following the death of a binman. 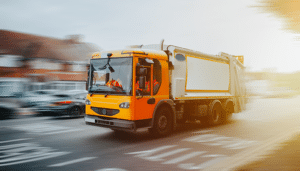 The incident happened when Peter Coleman was collecting waste at Woodside Leisure Complex on Saturday 11 October 2014.

His vehicle began to roll away and while attempting to regain control and stop the runaway vehicle, Peter was struck and died of his injuries.

Following a police investigation, a coroner’s inquest and an investigation by Watford Borough Council, the decision to prosecute Peter’s employer, F&R Cawley, was based on evidence indicating serious issues with the condition of the vehicle and the practices of the company.

The prosecutor said the brakes on the lorry’s second axle were faulty and a mechanism that prevented the bin lift being operated when the vehicle was in gear had been disabled.

Last month at Peterborough Crown Court, F&R Cawley Ltd was found guilty of breaching section 2(1) of the Health and Safety at Work Act, in that it failed to ensure, so far as was reasonably practicable, that a person in their employment, namely Peter Coleman, was not exposed to risks to his health and safety, namely the risk of death or serious injury from unsafe operation of refuse collection vehicles.

The waste management company was also found guilty of breaching sections 3(1) of the Act, in that it failed to conduct its undertaking, namely waste collection, in such a way as to ensure, so far as was reasonably practicable, that persons not in their employment, including members of the public, were not exposed to risks to their health and safety.

Peter Coleman’s wife, Beverley, said: ‘Pete being killed has finally concluded in a conviction, although F&R Cawley has only been sentenced with a fine.

‘Pete was worth so much more than the trivial amount it would have cost F&R Cawley to fix the vehicle, and make it roadworthy.

‘This story hasn’t finished yet. The prosecution team can now look at the issues that have been raised by Pete’s death. In particular, they will be looking at improving industry guidance ontraining drivers what to do in the event of roll-away/runaway vehicles and the importance of checking emergency interlocks as part of the maintenance regime.’

In 2015 a Viridor employee was killed under his own runaway lorry. And IOSH magazine spoke to the investigating HSE inspector to find out how an HGV driver was killed in 2011 while coupling his tractor unit cab to a trailer.