A dessert company has been fined after employee was struck by machinery while relocating it on site. 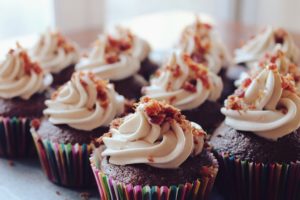 On 11 April 2018, an employee of Mademoiselle Desserts Corby Limited was injured whilst moving a large mixer across the yard in Corby. The mixer was on a pallet truck but was not secured to it. Another worker was pulling the pallet truck whilst the injured person was walking alongside and supporting the load. As they approached a container in the yard they turned the pallet truck when both the pallet and mixer tipped onto him resulting in five broken bones in his foot.

According to the HSE’s investigation, there was no risk assessment for this operation. The mixer was on an unsecured damaged plastic pallet, which was resting on the forks of the pallet truck. The forks were not inserted into the pockets of the pallet.

Mademoiselle Desserts Corby Limited of Earlstrees Industrial Estate, Corby pleaded guilty to breaching Section 2(1) of the Health and Safety at Work Act 1974, fined £36,000 and ordered to pay costs of £1,371.80 plus a victim surcharge of £170.

After the hearing HSE Inspector Michelle Morrison said: “This incident could so easily have been avoided had the operation been properly risk assessed and simple control measures and safe working practices put in place.

“Companies should be aware that HSE will not hesitate to take appropriate action against those that fall below the required standard.”