An agricultural machines manufacturer has been fined for safety breaches, after a 68-year-old worker suffered life threatening injuries when he became entangled on a manual lathe. 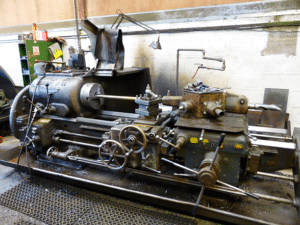 The worker became entangled on either the rotating workpiece or the chuck as it rotated, York Magistrates’ Court heard. He sustained extensive injuries including a punctured lung, broken neck, fractures to the back, ribs, arm and shoulder blade. He subsequently had his left arm amputated at the shoulder.

The HSE’s investigation found that machinery standards across the site were poor with many machines unguarded. Three prohibition and five improvement notices were served. These included machine guarding, welfare and management issues.

Superior Machines Ltd of Pluckham Farm, Fridaythorpe, Driffield, East Riding of Yorkshire pleaded guilty to breaching Section 2 (1) of the Health & Safety at Work etc Act 1974. The company was fined £60,000 and ordered to pay costs of £7,618.

“The worker’s injuries were life changing and he could have easily been killed. This serious incident and devastation could have been avoided if basic safeguards, risk assessments, supervision and instruction had been in place.