An absorbent product manufacturing firm has been fined after an agency worker’s hand was caught in a rotating fan blade, causing her life-changing injuries. 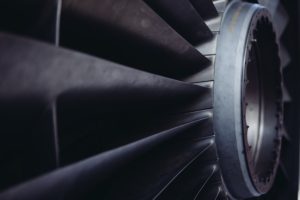 Manchester Magistrates’ Court was told how a 34-year old agency worker, on just her second shift at NPS Worldwide UK Limited, was removing a blockage inside the filling machine she had been operating when her fingers became caught in an unguarded rotating fan.

The worker lost parts of all of her fingers on her right hand, sustained extensive scarring to her stomach following an unsuccessful attempt to generate new skin growth to save her fingers, and continues to suffer post-traumatic stress disorder as a result of the incident and the injuries sustained.

The incident happened at the firm’s Oldham site on 18 October 2017.

An HSE investigation discovered that the fan had not been suitably guarded, putting employees and agency workers at risk. The company had failed to carry out a suitable risk assessment and provide adequate information, instruction and training to workers. No first aid provision was available on the night shift when the incident occurred, and this contributed to the injured person suffering further as incorrect first aid was administered.

HSE Inspector Sharon Butler said after the hearing: “This injury could have easily been prevented and the risk should have been identified.

“Employers must make sure they properly assess and apply effective control measures to minimise the risk from dangerous parts of machinery.”

← Network Rail has paid out £1m for slips, trips and falls in the past five yearsWorkers exposed to ‘significant’ fall from height risk →
Scroll To Top