A Bristol-based microbrewery has been fined £120,000 after admitting its failure to comply with fire safety laws resulted in a 2018 fire. 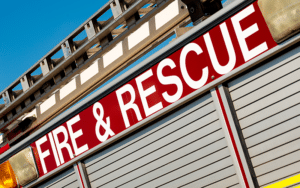 Judge Matthews found in favour of Avon Fire & Rescue Service (AF&RS), who brought the conviction, ordering the microbrewery to pay £12,000 in costs in addition to the fine.

Head of fire safety, station manager at AF&RS Karl Venn said: ‘This prosecution highlights that while we will always seek to work with business owners to maintain fire safety standards in premises we won’t hesitate to prosecute where necessary.

‘Although Brewhouse & Kitchen had a previous good record of fire safety, the substantial fine handed out by the judge in this case should serve as a warning to any business as to how seriously breaches of fire safety law are taken.’

‘During the autumn of 2018, our Bristol venue had a small chimney fire; the event was dealt with quickly, no persons were hurt or injured and the team responded correctly in accordance with their training.

‘Subsequent to this incident, it was made clear to the company that certain important actions related to a fire risk assessment in 2016 had not been dealt with correctly in relation to the upper floor non trading areas.

‘Since that period there has been a wholesale change of the company’s operations team, new systems and processes are now in place, and the company has taken significant learning from this matter.’