An MOT centre has been sentenced after oil drums supplied by them exploded and killed an agricultural engineer. 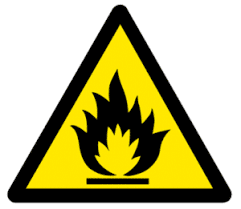 torch. While cutting open the third drum it violently exploded resulting in fatal injuries to Mr Chatfield. The incidenrt happened on 21 April 2017.

The HSE investigation found that the empty drums, labelled as having contained motor oil, were found to have also previously contained highly flammable gasoline, but had not been labelled correctly.

The residual gasoline vapour present within the drums violently ignited upon the action of the hot cutting process, causing fatal injuries to Mr Chatfield. There was a failure to provide any labelling to show that the empty motor oil drums had been repurposed to store gasoline and this created a risk of fire and or explosion.

Stonehill MOT Centre Ltd of Stockley Meadows, Huntingdon, Cambridgeshire pleaded guilty to breaching Section 6(1)(c) of the Health and Safety at Work etc Act 1974. They were fined £80,000 and ordered to pay costs of £8,167.

Speaking after the hearing, HSE Inspector Parmjit Gahir said: “Those who are involved in the sale or supply of an article or substance, in this case used oil drums, have a responsibility to ensure that adequate information is provided so that the person buying the article can ensure that it can be safely used, cleaned and maintained.

“Failure to provide any labelling information on the used drums, to show that they had also contained gasoline, did not allow for the necessary precautions to be considered and adopted when cutting the drums open. If appropriate labelling had been in place this incident could have been avoided.”