A Devon based hotelier has been found guilty and fined £80,000 after materials containing asbestos were disturbed during a major refurbishment at The Park Hotel in Barnstaple.

Newton Abbot Magistrates’ Court heard that between October 2016 and May 2017 construction work was undertaken to refurbish the hotel on Taw Vale. Parts of the hotel were originally constructed during the 1960’s and 1970’s when asbestos was a popular building material. The project aimed to refit and refurbish bathrooms and bedrooms. 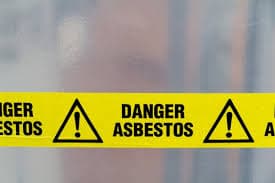 Whilst the HSE investigation was in progress the defendant had a further incident in May 2017 where ACMs were disturbed during bathroom refurbishment works being undertaken. The planning undertaken for this work, which had included an assessment as to the presence of ACMs, was inadequate as it failed to identify the full scope of the work proposed and the materials that would be disturbed during pipework installation works.

The investigation also revealed that refurbishment work was undertaken at the hotel without the appropriate assessment as to the presence of asbestos containing materials. Once identified the hotel took remedial action which included sampling of common parts for asbestos fibres, which came back as negative.

“The dangers associated with asbestos are well known and a wealth of advice and guidance is freely available from HSE and other organisations.

“Identification of the hazard is key. Duty holders should not undertake any work which either exposes or is liable to expose their employees to asbestos unless they have carried out a suitable and sufficient assessment as to the presence, location and condition of asbestos in the premises. Those persons tasked with undertaking the assessment should have the necessary skills.”