A recycling company has been sentenced after one of their employees was fatally crushed by falling plastic bales. 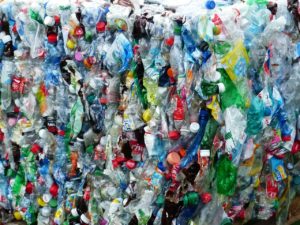 On 24 May 2017, waste plastic bales had been delivered to Centriforce Products Limited’s site at Derby Road, Liverpool and were stacked as free-standing columns in a yard. During the morning, a forklift truck (FLT) driver noticed one of the columns consisting of bales, stacked three high, had partially collapsed obstructing his path. He subsequently used the fork lift truck to straighten and stabilise the stack before continuing on his way.

Some hours later, employee Paul Andrews was working in the immediate vicinity of the stack when it toppled, with the middle and top bales, weighing over 50kg, falling and crushing him. The scene of the collapse was not discovered until nearly an hour later when efforts to revive him failed.

Investigating, the HSE found that Centriforce Products Limited had failed to:

Paul is survived by his wife Claire and his two daughters.

Speaking after the hearing, HSE Inspector Rohan Lye said: “This appalling incident could so easily have been prevented if Paul’s employer had acted to identify and manage the risks involved, and put a safe system of work in place. Their failure to do so has left Claire without her husband and two daughters without their father.

“Employers should make sure they properly assess and apply effective control measures to minimise the risk from dangerous work activities and prevent future tragedies.”