An Essex-based plumber who carried out unsafe and unregistered gas work in September 2016 has been sentenced at Basildon Crown Court. 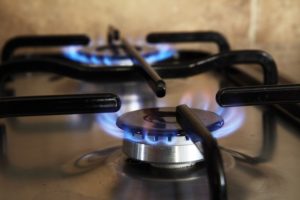 Andrew Goodchild, of ASG Plumbing and Heating, had been served with a Prohibition Notice (PN) by the HSE earlier that year for carrying out gas work whilst not being registered with Gas Safe.

Goodchild ignored the requirements of the PN when he removed a gas cooker and pipework from the kitchen and moved a gas boiler in Leigh-on-Sea in September 2016, leaving it in a dangerous condition.  He had not become registered with Gas Safe Register and did not possess the necessary qualifications for carrying out gas work.

Speaking after the hearing, HSE Inspector Saffron Turnell said: “Mr Goodchild showed a clear disregard for the law and put a number of people’s lives at risk. Carrying out gas work is difficult, specialised and potentially very dangerous. It is therefore vital that only registered gas engineers, who are trained and competent, work on gas appliances and fittings.”