A Manchester-based businessman has been prosecuted after failing to check whether asbestos was present in a building he owned before starting major refurbishment works. 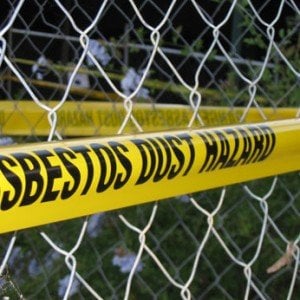 The HSE reports that Mr Whaid Ahmed did not survey his property at 1-3 Stephenson Square, Manchester for asbestos before carrying out renovations to the building between 1 April 2012 and 12 October 2017. Following a routine inspection from a HSE inspector, a survey was subsequently carried out.

Large amounts of asbestos, some of which was in very poor condition, was discovered on the premises, indicating that asbestos could have previously been removed without any controls in place from areas of the building already renovated.

The HSE investigation found Ahmed failed to identify the risks involved, and put appropriate measures in place to prevent exposure to asbestos.  Ahmed has had previous enforcement action from HSE over a similar issue so was well aware of his duties under the law, says the regulator.

Mr Whaid Ahmed of Hale Barns, Altrincham pleaded guilty to breaching Regulations 5(a), 11(1)(a) and 16 of the Control of Asbestos Regulations 2012. He was given a six months prison sentence, suspended for two years, sentenced to 250 community service hours and ordered to pay costs of £5,742.14.

HSE Inspector Matt Greenly said after the case: “This case highlights the importance of surveying a property for asbestos to prevent risk to anyone occupying or working in that building and to reduce the risk of exposure to asbestos and contracting incurable diseases as a result of that exposure.”