A company has been sentenced after a worker was seriously injured when his hand came into contact with a rotating bandsaw blade. 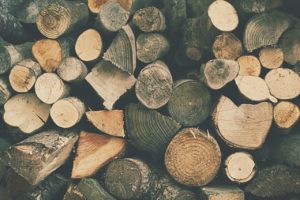 An employee was working on a multi-head bandsaw machine at P Irving & Sons Ltd sawmill in Carnforth, when the pipes supplying cooling fluid to one of the six band-saw blades became blocked, Blackpool Magistrates’ Court. The incident happened on 18 April 2019.

The machine had already been stopped several times that morning to replace damaged blades. An engineer was called to fix the issue and the employee assumed the problem had been rectified.

The rotating blade caught the back of the employee’s right hand severing the tendons. He has undergone several operations since the incident and is still unable to bend his fingers and cannot grip, write or hold objects. He is awaiting further surgery.

The HSE’s investigation found there were insufficient measures in place to stop the blade rotating when the cabinet housing was opened. Measures to prevent access to the dangerous rotating blade, such as fixed and interlocked guarding, had not been taken so far as was practicable. This meant the cabinet housing could be opened with the blade still turning and ultimately led to an employee sustaining a significant injury.

Speaking after the hearing HSE Inspector Leona Cameron said: “The risk of serious injury to employees operating this machine had existed for some considerable time.

“This injury could have been easily prevented, if the risk had been identified.

“Employers should make sure they properly assess and apply effective control measures to minimise the risk from dangerous parts of machinery.”