A Clevedon pub landlord whose health and safety failings caused a boy to suffer serious head injuries has been given a suspended prison sentence.

Andrew Rockliffe, who was running the Bristol Inn at the time of the incident, failed to ensure an inflatable slide he put in the garden was safe to use, Bristol Crown Court was told.

In a prosecution brought by North Somerset Council, Rockliffe, 51, of Cannons Gate, Clevedon, pleaded guilty to a health and safety breach as an employer. He was given a ten-month prison sentence, suspended for 18 months, ordered to carry out 120 hours of unpaid work and pay a £140 victim surcharge. 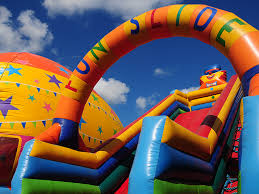 The court heard that Mr Rockliffe ran the pub from February 2016 and in that year bought a bouncy castle for use by customers which was put on a level area of ground in the terraced beer garden. In 2018 he added two further pieces of inflatable play equipment – a low-level assault course and an inflatable slide.

In August 2018 while in the pub’s beer garden, an eight-year-old boy did a somersault at the top of the slide which led to him overbalance and come off the equipment and fall on to the ground. Hospital x-rays showed he had suffered a fractured skull, and doctors found he also had other head injuries.

The court was told that the risk assessment prepared was inadequate, the precautions on the ground were inadequate and the equipment was defective.

In July 2018, Harlow MP Robert Halfon called for an ‘urgent investigation’ into the regulation of the inflatables, after a three-year-old girl was killed when she was thrown from a bouncy castle on Gorleston beach on Sunday 1 July.