The owner of Topshop has been fined £450,000 after a 10-year-old girl was seriously injured by a badly-installed queue barrier in a store. 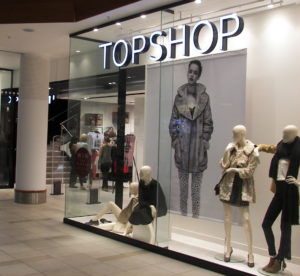 The child suffered a fractured skull when the barrier toppled onto her at the shop in Glasgow’s Silverburn shopping centre in February 2017. She had been swinging on the barrier, but a court heard it should have been firmly attached to the floor.

Glasgow Sheriff Court heard the girl, who is now 12, was off school for eight weeks and has been left with a scar. Sheriff Paul Crozier described it as a “sad and serious incident.”

He commented: “As a result of the company’s failings a 10-year-old suffered a severe injury and permanent disfigurement.” However, he noted that the firm had “taken steps to make sure there is no repeat of that breach.”

The child had been on a shopping trip with her mother on the evening of 7 February 2017. Procurator fiscal depute Catriona Dow said: “They entered Topshop around 8pm. The girl and her mother had been looking at hats and trying them on.”

About 15 minutes later the girl’s mother “heard a scream” and turned to see her daughter lying on the floor with a queue barrier on top of her. She was taken to hospital where she was found to have a fractured skull as well as bruising to her arms.

Arcadia Group Ltd, a multinational retail company, pled guilty to a contravention of Sections 3(1) and Section 33(1)(a) of the Health and Safety at Work etc Act 1974.