Worker killed in crush incident after firms had ‘failed to properly plan the lifting operation’. 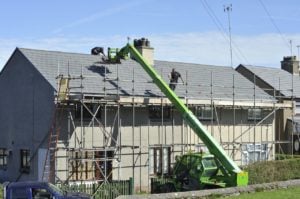 Andrew Bowes, a 37-year-old metal fabricator employed by Larkin Eng Services Ltd, died while working at the company’s premises on Meeting Industrial Estate in Barrow in Furness. The incident happened on On March 2012.

Larkin Eng Services Ltd had contracted Cumbria Design Scaffold Ltd to collect two large metal walkways and deliver them to a customer using a flatbed lorry fitted with a mounted crane. Mr Bowes was directed to assist with the lifting operation by his employer. The first walkway had been lifted onto the back of the lorry but was not fastened down. As the crane moved to pick up the second walkway, a sling became snagged on the first walkway, causing it to tip over and fall from the back of the lorry onto Mr Bowes who sustained fatal crush injuries.

In respect of Cumbria Design Scaffold Ltd, the HSE’s investigation found that the company had failed to:

In terms of Larkin Eng Services Ltd, the investigation found it had failed in its duty to ensure the safety of Mr Bowes. It had directed Mr Bowes, who had only been working for the company a week, to become actively involved whilst the operation was taking place.

Speaking after the hearing, HSE Inspector Anthony Banks said: “We would like to thank Andrew’s family for their patience throughout what has been a complex investigation.