A landlord and building contractor have been fined after the release of large quantities of asbestos fibres following the demolition of a conservatory at a rented property. 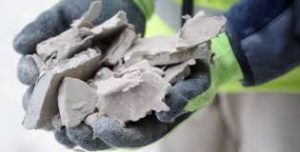 Birmingham Magistrates’ Court was told how the landlord commissioned a building contractor to replace a conservatory containing asbestos panels at a property in Selly Oak, Birmingham between 18 and 29 August 2017. Asbestos was spread as the panels were removed in a haphazard and uncontained way.

Wah Kei Dany Ng of Penns Lane, Sutton Coldfield pleaded guilty to breaching Regulation 4 of the Construction (Design and Management) Regulations 2015 and was fined £1,200 with costs of £607.21.

Jasvir Singh Sangha of Tunnel Road, West Bromwich pleaded guilty to breaching Regulations 5 and 16 of the Control of Asbestos Regulations 2012 and was sentenced to 150 hours unpaid work and ordered to pay costs of £596.61.

Asbestos surveys need to be carried out prior to any construction work which disturbs the fabric of a structure.”