A Glasgow based company has admitted a health and safety offence after an employee fell through a fragile plasterboard ceiling, sustaining life-changing injuries.

A 24-year-old warehouseman was retrieving stock from a mezzanine in his company’s warehouse when he stepped on to an unguarded area of fragile plasterboard, Glasgow Sheriff Court was told. The incident happened on 5 November 2017.

The employee fell through the plasterboard, landing on a concrete floor at the bottom of a stairwell. A drop of more than five metres. He was taken to hospital where he was initially unresponsive and diagnosed as having a skull fracture, bleeding on the brain and other significant injuries.

He has been left with cognitive difficulties, hearing loss, facial palsy and problems tasting food and the family has been significantly impacted. 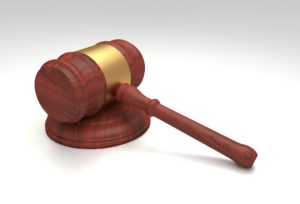 The case was investigated by Glasgow City Council who found that the company had a generic risk assessment for a wide variety of activities within the premises. The risk assessment did not refer to or identify any risks associated with working on or accessing the mezzanine level. The company had not implemented any control measures for employees working near the plasterboard. Stock was being stored very close to the plasterboard and employees were regularly called upon to access this area to retrieve stock.

The investigation found that it was entirely foreseeable that an employee might step onto this unguarded plasterboard. The incident had happened as a result of the company’s failure to identify the risks of staff accessing the stock items stored near to the plasterboard ceiling on the mezzanine area.

Since the incident, the company has changed its working practices.

Alfa (Wholesale) Limited, a wholesale grocery, catering supply and household goods company, pled guilty to a contravention of Sections 2(1) and Section 33(1)(a) of the Health and Safety at Work etc. Act 1974. It was fined £120,000.

Alistair Duncan, Head of Health and Safety Division said: “This was a foreseeable and avoidable accident resulting in the severe injury and permanent impairment of a young man. It is easy to imagine this having been a fatality.  “Alfa (Wholesale) Limited accepted liability and the Crown accepted their guilty plea to the contraventions of the Health and Safety at Work Act 1974.

“This was an accident that resulted in life changing injuries that could have been avoided if the appropriate measures had been in place at the time.

“Hopefully this prosecution and the sentence will remind other employers that failure to fulfil their obligations can have serious consequences and that they will be held to account for their failings.”