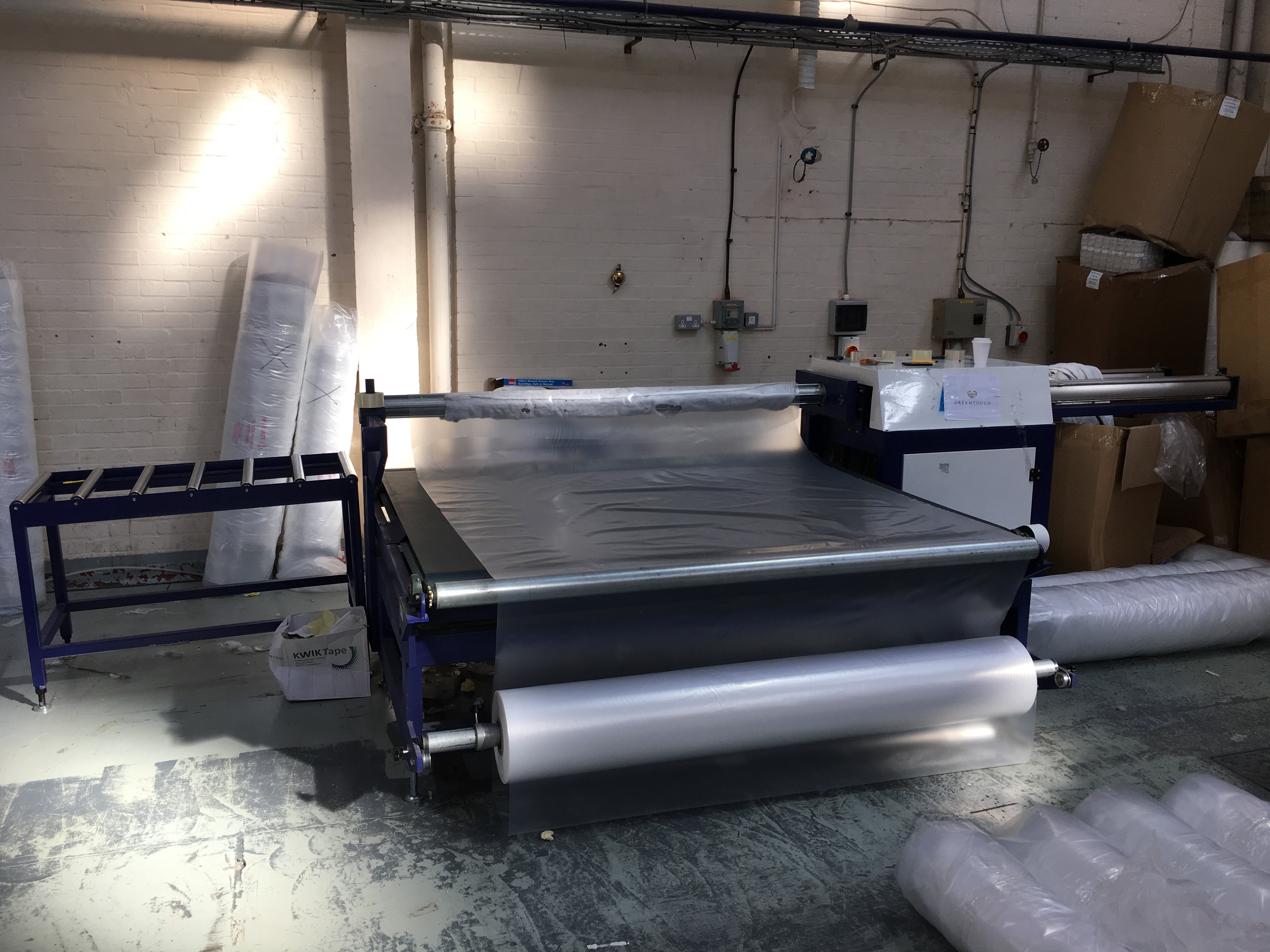 A mattress manufacturer has been ordered to pay £70,000 after an employee was dragged into the machine pictured above.

Nottingham-based Dreamtouch Mattresses was prosecuted by the Health and Safety Executive (HSE) after the worker sustained multiple injuries to his arm, shoulder, ribs and neck after he was drawn into a NG-06 semi-automatic mattress rolling machine.

The company failed to prevent access to the dangerous parts of machinery. It was common practice for employees to use their hands an/or arms when feeding and pressing mattresses on the unguarded rotating winding film reel. Employees at the site confirmed there was no documented safe system of work or training for the use of the machine.

HSE investigators concluded that the firm had not implemented a suitable and sufficient safe system of work which would direct employees to not place their hands close to the dangerous parts of the machine.

‘This injury was easily preventable, and the risk should have been identified,’ said HSE Inspector Amandip Dhanda. ‘Employers should make sure they properly assess and apply effective control measures to minimise the risk from dangerous parts of machinery.’

At Nottingham Magistrates’ Court, Dreamtouch Mattresses admitted failing to ensure the safety of employees, contrary to section 2(1) of the Health and Safety at Work Act. It was fined £66,000 and ordered to pay costs of £4836.

← £250,000 fine after life-changing injuries for employee of construction firmFines for corporate manslaughter and multiple health and safety offences →
Scroll To Top